Summer holidays have slowed things down but haven’t stopped progress.

I’ve completed most of the welding on the front but will have to do a few finishing touches after I lift the body due to access near the front beam. 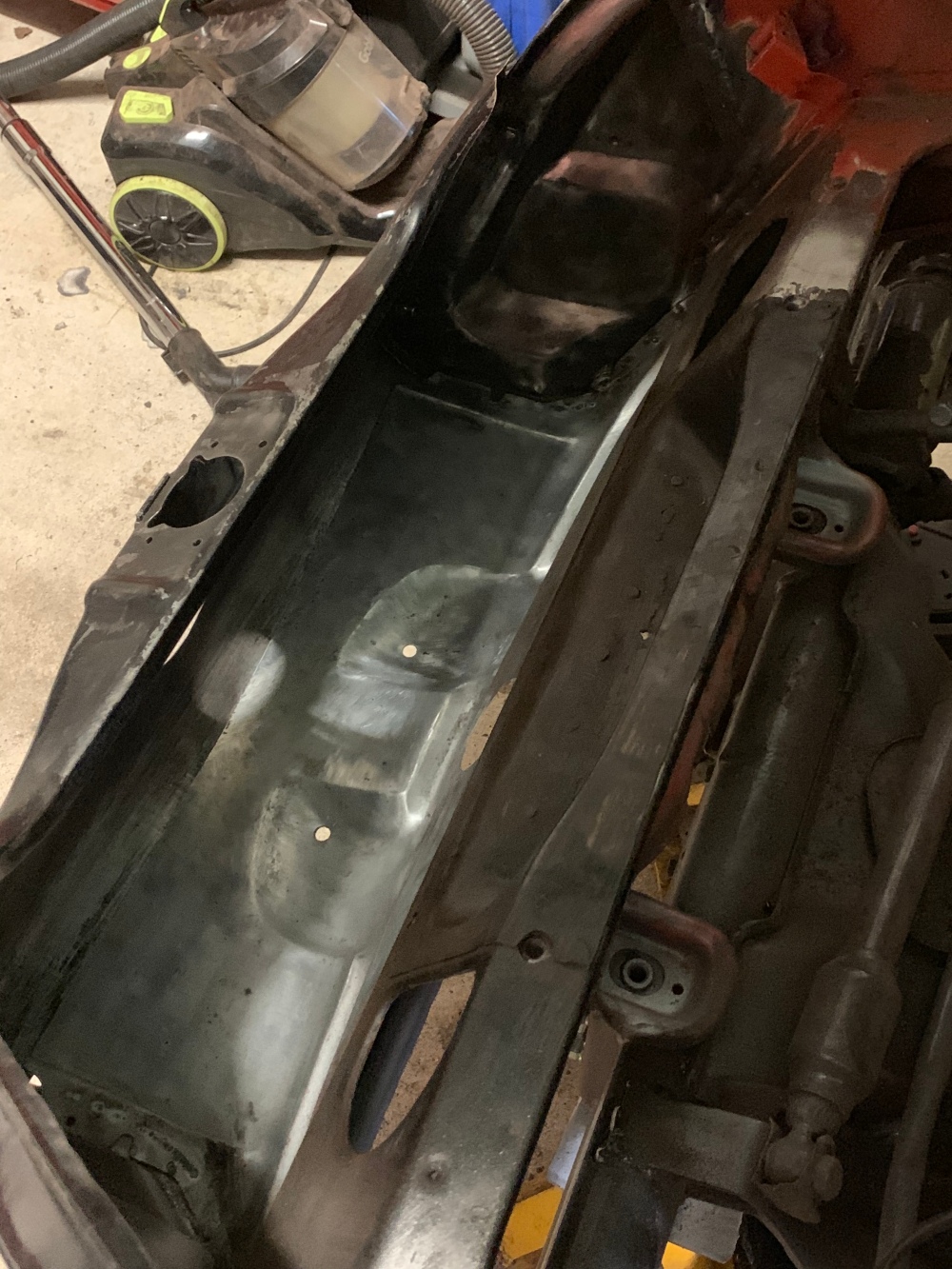 I won’t have chance to grind down the welds until after the summer due to noise and Neighbours so it’s time to do a few tinkering jobs and purchase a couple of parts.

Since I’m an addicted browser of eBay I’ve managed to source a good set of wheels but from two different sources. I have already picked up the two front wheels but the rears will have to wait until I’m in the area with work. Luckily I have a understanding seller who doesn’t mind holding them for me. ( saves costs on delivery)

Another job is to fit the gas struts I got of eBay. I looked into getting a proper kit but the price was three times more so I decided to make my own.

I did try the ball joint fittings first but there wasn’t enough clearance so I had to reinstate the metal I removed during the first try. I also broke the strut end off so I had to drill and tap a new stud in the end.

I still have to sort the fitting on the bottom and this time I can use the ball joint that came with the gas strut.

Another job I’ve been working through is cleaning the garage a bit. Rubbish and parts have been mounting up so since I’m stuck doing quiet jobs I decided to give the place a good sort out.

Next jobs will be:

This final job will help line everything up. I’m hoping I can leave it in position and do both sides at the same time to get everything looking the same but room will be tight.